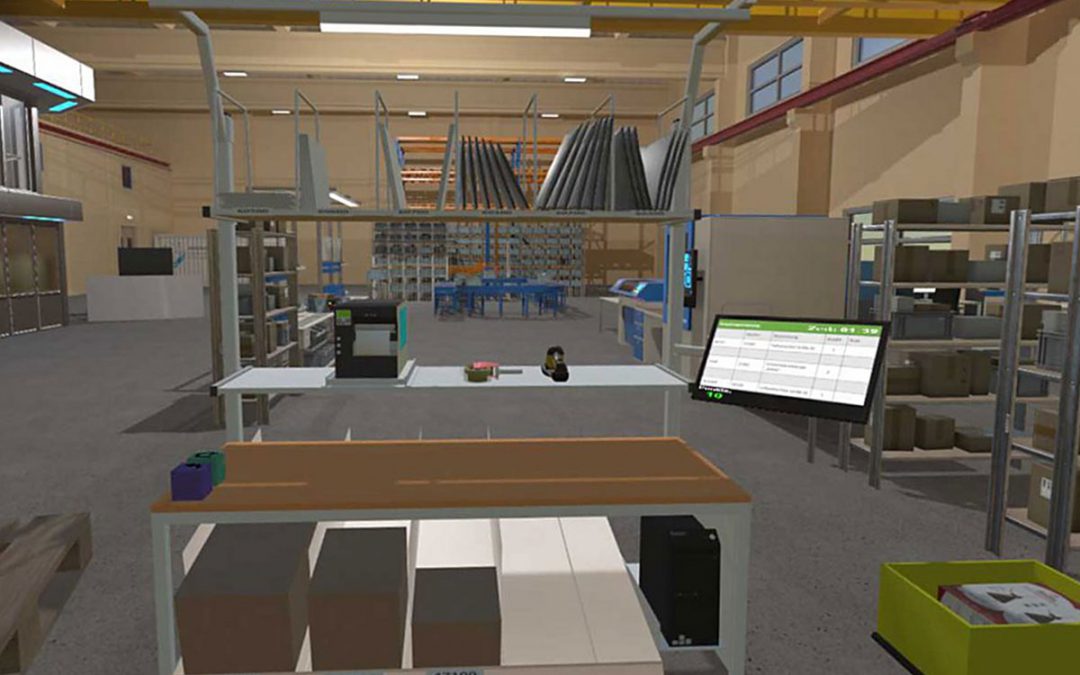 The Center of Excellence Logistics and IT has developed an “Escape Game” to convey the latest logistic-technologies, in which participants use various innovative technologies to crack locks and codes.

What is behind the new format of the Center of Excellence Logistics and IT?

Michael Fiolka: The benefits of new technologies are often difficult to explain. That’s why we have made them tangible. In our Escape Game, we give visitors the opportunity to discover new technologies in a playful way. We see this offer as a building block for knowledge transfer: In particular this Escape Game can give representatives of companies, but also from politics and society, such as schools, an insight into the logistics of tomorrow and the working worlds of the future.

What exactly is the Escape Game?

Husna Akhtar: Escape Games are computer games from the genre of adventure games. You play them at home on your computer or in so-called escape rooms, which are to befound in more and more cities around the world. In the meantime, however, special applications have been developed on the principle of escape games which are designed to be used by businesses.

Michael Fiolka: Some time ago the Chair of Corporate Logistics at TU Dortmund, for example, in cooperation with Fraunhofer IML, developed a concept for an escape game in which augmented reality can be experienced. Today, this game is used in the Innovationlab for Hybrid Services in Logistics. Recently, “Digital in NRW – Kompetenz für den Mittelstand” (Digital in NRW – Competence for Medium-Sized Enterprises) also invited companies to take part in a practical workshop where they solved the “puzzles of maintenance” in an escape game. An error in a machine is simulated in the form of a game scenario.

What new technologies are used?

Michael Fiolka: Technologies that are also the subject of the work of our research clans or are used in enterprise labs. The special thing about the Escape Game is that we not only show hardware and software from a scientific institution, but can also put together the best demonstrators from different partners: for example, the 3D printer from the Fraunhofer IML, VR glasses from the Innovationlab or the AR glasses from the Chair for Corporate Logistics at the TU Dortmund. The visitor thus gets an insight into research fields from across the entire science location of Dortmund.

How exactly does the Escape Game work?

Husna Akhtar: After a short story briefing, visitors find a series of clues from which they can generate six codes to unlock six locks. The tasks can be completed in 45 to 60 minutes.

Michael Fiolka: Sometimes the clues are hidden in our specialist publications, sometimes in a presentation on our multitouch table. However, a 3D printer is also used to solve the tasks.